The following essay first appeared in Kestrel: A Journal of Literature and Art, as well as my collection of short works, Fragments, and a few other publications. It was the last piece of my writing I am aware my father read. He died four years ago this evening. 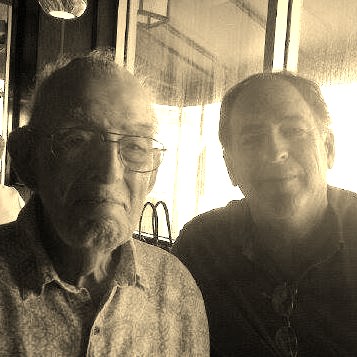 Instructions for Walking with an Old Man at the Mall

Stand on his side where he can better hear you. If he can’t, repeat yourself as if for the first time, no matter how many times. Never say “never mind.” When he tells you something, you have never heard that story before, even if you can repeat it word for word. When he tells you about the baseball games with his Dad seventy years earlier, they are new stories, and your response must sound genuine. When he tells you about the time he went swimming at camp with his friends, and how when they went to retrieve their clothes from under a boat they found a snake, be amazed again, ask what happened. Laugh again since he will laugh.

When he pauses in front of a store, don’t question it. At that moment, allow his sole purpose in pausing is to look at whatever item is in that display. He might mention how he used to own that tool, those pants. Let him know you remember; do not make a big deal that he remembered. He needs you to know he didn’t stop “to rest”—he stopped to look at the display. When he says he could use that new suit, a new pair of shoes, or a new whatever is new, agree. If he happens to stop in front of Frederick’s of Hollywood, there’s no need to joke; it will only emphasize he couldn’t get past a place he would never stop with his son. This time he simply couldn’t continue. Talk instead about his grandkids. Talk about the rain. Do not talk about old times. There’s no need to recall the time he drove you to the airport for a flight to college and you saw him hours later waving to you onboard the plane. Avoid bringing up the time just the two of you spent the day at Shea Stadium when you were a child. Instead, ask about the Mets and if he happened to catch the game last week. You know he did. Let him tell you about it.

When he seems tired but doesn’t want you to keep stopping, stop to fix your shoe, to read a sign; look for a bench and suggest you sit and talk. He’ll ask about your son; he’ll ask about work. Have something to say other than “fine, Dad.”

Do not look at your watch. Do not check your phone; most definitely do not check your phone. Leave both in the car. Do not indicate in any way he is keeping you from anything. No other time is relevant anymore. But you will grow tired and restless. If he senses this, he will insist you leave. He will say he knows you have a lot going on, and he’ll say he’ll see you later, and he’ll do whatever he can to make you feel he is completely fine with it. Stay anyway. Then sit a bit longer. Do not ask about the doctors; the walk is to forget about the doctors. Do not quiz him on medicine or schedules. He is out for a walk, you joined him, it is something about which he will tell others—that he went for a walk at the mall and his son was there and joined him. Do not let his story end with “but he had to go.”

When he can’t remember where he parked his car, ask if he parked in the usual area. He did. Sit down for a few minutes. It will come to him. There’s no need to ask probing questions like “which stores” or “what street” he was near. Just sit a while. He’ll remember. You’re not in a rush.

When you leave the mall be near him as he steps from the curb, but do not help. He will be fragile and unstable. The step from curb to parking lot is a leap; he used to do it with you on his shoulders and two others running out front. Let him step down on his own but be ready. He bruises easily and a simple scrape is a trip to the doctor. Have the patience he had when your childhood curbs seemed like the cliffs of Dover.

Don’t say “I guess I’d better get going.” Don’t make plans. Don’t make any comment to indicate he did well or that it was a “good walk.” He didn’t do well and it wasn’t a good walk. He’s older now. He’s slower now, but he knows this. Really, once the walk is done, the time spent together always seems to have passed faster than we recall. He knows this as well. 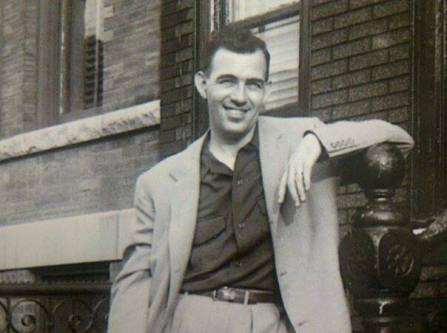 –I miss you Dad