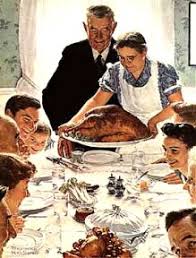 Well before dawn this morning, I could see some stars and what must have been a planet in the west. Something about a clear sky on Christmas has always mystified me, captivated my attention and imagination, from the simple, fun thoughts of reindeer and sleighs to the philosophical digressive pondering of First Cause, the Immaculate, and the imaginative world of proof. I love Christmas morning with its tidings and anticipatory pay-off. But even more I love earlier, alone, when the sky is a narrative, and the Author was sharp enough to leave enough room to us to fit in our own passages as we need to.

In the east a sliver of light.

I stand and remember.

On Christmas morning before our parents were awake (or so we supposed), my siblings and I would gather, usually in my sister’s room, to exchange gifts we had bought for each other, before we headed down for the beginning of Christmas Day. It would inevitably still be dark out, and I know we’d lay awake waiting to hear each other also awake in the other room. A tap on the door. A “come in.” And we’d sit on the floor and open our presents.

At some point (like clockwork, as much an annual tradition as the Turkey or the pies), our mother would wake our father and he would exclaim, “I thought I said no one up before nine am!” and he couldn’t hide his smile to our laughter at the ludicrous suggestion we’d be up any later than five. It was always cold out during those Long Island years, and often snowy, but we weren’t going outside so it just added to the magic. Dad would be in his robe and slippers and he’d head to the living room as we gathered on the stairs and waited for him to plug in the multi-colored lights on the tree, and those on the rail, bringing to life the otherwise dark room. Mom had, of course, already organized whatever presents we would get into separate piles, and Dad would stand back and she directed us to the right area under the branches, though sometimes it was obvious if an unwrapped toy appeared, clearly already wished for by one of us. Dad would sit on the couch and watch in joy, even through the stream of “Wow, thank you Mom!” wishes continued.

It wouldn’t be long before the aromas of breakfast mixed with the onions and bell seasoning already underway for the stuffing, and eventually we’d need to get dressed, if not for church since we might have attended midnight mass, certainly for the droves of family who would soon fill the rooms. It was a beautiful way to grow up. I do not know the possible stresses, fears, and sacrifices that went on behind the scenes—that’s how good they were at it. Then, much later in the day, after everyone else had left and we had all settled into the routine of looking at our gifts again, Dad would emerge from some closet with his gifts for each of us—books he had personally picked out, bought, and wrapped. It remains one of my favorite memories of all of my memories of my dear father.

It’s in the fifties here today along the Chesapeake, and sunny. This is one of those days each year where I’ve been up so long and have done so much that it feels like it should be six hours later than it is. My sister and brother and nieces and nephew are all off in various parts of the country with their families celebrating their Christmases, all of us with some common traditions, all of us with our individual touches to the holiday. Certainly all of us fortunate enough to be celebrating Christmas, laughing and telling stories, enjoying the food, the drinks, the sounds of football or Christmas music, and even the welcome sounds of a newborn trying to stretch out his new skin. We are, to be sure, at peace today. Anyone with family today is engulfed in traditions which help balance our lives; they bring peace to our soul while providing some shared space not only with each other but with the idea of our ancestry, the hope of our posterity.

My father used to sit to the side for most of the holiday and enjoy being surrounded by his family. He’d carve the turkey, and of course disappear toward evening to get the books to give to us, but I picture him most in his chair, watching a game, laughing with us, waiting for Mom to call him to duty in the kitchen. He has moved on, and whatever there might be to know after this life of ours, well, he now knows, and that too brings me great peace.

Two deer stand nearby in the woods, cautious but not fleeing. It’s so quiet out. Absolute peace stretched out like canvas in all directions. On the water some ducks ease by.

I miss the days before society took “nearby” and “not far away” and tossed them to the strong breezes of technology and One World. In that small house around that small table when I was a child were so many relatives it is crazy to conceive how we pulled it off. But no one cared—we were together. Everyone was close enough to “drive over,” and by the time the turkey came out of the oven, a small crowd was sitting and standing and outside and in, laughing and sharing serious moments, because it was Christmas.

The sun is getting low and its getting chilly. I’m going inside again. I bought Michael a book at a local nautical shop and I need to wrap it and “surprise” him with it all these hours later in the day after the lift of Christmas has settled down. And he will be gracious enough to act surprised, just as we did with our father when he would predictably surprise us with books forty and fifty years ago.

Well, except for one time. We had all settled down and we were sitting quietly, even the television off, the games had ended, dinner was done. And my sister looked at our father and said, with a smile, “Okay, so where are our books?”

Thank God for memory. I love we are graced with memory.

One thought on “Joyeux Noel”