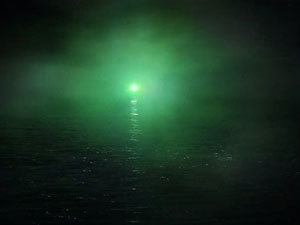 When I worked for Richard Simmons, we talked often about how the most promising members of the club–that is, the ones most likely to stick with it and go the distance–were the ones who came with what we called “a quiet resolve.” We didn’t know what drove them, and they didn’t post signs or make announcements; they didn’t have mini-celebrations along the way; they didn’t make it something separate from their life that needed to be tackled or climbed or conquered. They came in, did their thing–sometimes a little more each time–wiped off the sweat and went about their business. That is not a resolution. That is resolve. There is a difference. One is a statement, the other is way of being.

Now it is almost New Year’s, and like a first-time marathoner, I am beginning to feel like I’m once again just going to drag my tired ass across the finish line. I don’t like feeling this way. I used to know better. For God’s sake, I used to get paid really good money to teach others about positive attitudes and tackling goals and sticking with it and determination. But I was twenty-four-years old. I use a larger font now. I listen to oldie’s stations. I read the obituaries. Yes, I’m looking forward to the New Year, of course; but first I have to look back at a few things, most obviously what didn’t work and why, and then what did work and why.

I used to wish we could design our own year with some magical date book that comes with a special pen, and we sit near the fire, pour some wine, a bowl of Cheese-it’s and start with January marking away at how the year will go. And, whoosh, it just happens. It used to feel that way, didn’t it? When we were young maybe. But now some adjustments must be applied to the idealistic neverland mentality of “New Year’s.”

It’s always taken me longer to figure things out in my life than just about anyone I’ve known. And I know perhaps way too often I have acted enthusiastically and somewhat foolishly when it might have been better to have kept things a bit quieter. But this year some of my hopes are based less upon what I want to happen and more focused on what I don’t want to happen anymore. Honestly, some ambitions can’t be verbalized or measured. It isn’t a matter of distance or self-control, or even ability. It is a question of nuance. It is also a matter of faith. Not faith in a Supreme Being, though that certainly doesn’t hurt, but faith in ourselves to be able to bare our souls, or in some cases, not expose them at all. Sometimes we stand outside in the middle of the night surrounded only by the ghosts that keep us awake to begin with, and we’re terrified at our own truths, our own brief reach across the approaching distance, and something more subtle than a resolution finally follows, something difficult to define. That’s when we understand the truth of our resolves. We begin to know, that is we come to understand, that we aren’t declaring some resolution, we are not deciding to do or not do something anymore; no, we are altering the state of how we think, how we react. It’s more about the moment than the year; more about the soul than the situation.

So thanks to lessons learned from my old boss Richard, I’m acutely aware that we don’t lose fifty pounds by losing fifty pounds. We lose fifty pounds by losing one pound, then another, then we gain a few back and then lose a few more than that, and eventually we realize we’ve made progress. So a list of resolves must be patient; it must not contain bravado or climatic moments at every turn. A good list must be tempered by experience. One of my favorite character traits revealed in The Great Gatsby is when his father, after Jay’s death, is reading the list of resolves his son wrote in the back of the book Hopalong Cassidy when just a boy. In one of them the young Jay had written, “Save $5.00 (crossed out) $3.00 per week.” We learn Jay has ambition but understands his limitations. A list must show hope without setting oneself up for discouragement. ie:  if you’re going after that green light across the bay, you need to learn to swim.

Next, a good list must not bring us down the old paths we’ve walked before aimlessly hoping to bump into something good. Nothing falls in our lap; we will not win the lottery, talent without effort is as common as corn, and the famous truism is as true as ever—the definition of insanity is doing the same thing hoping to reach different results. No, the list must be specific, take advantage of this clean slate, appreciate the challenges we still carry, blend our talents with a determined work ethic, and most of all be unabashedly honest. Too many of our resolutions are often lofty and quickly abandoned, so we must appreciate those aspects of the past which worked, which rely upon our ability to know who we are, which a good resolution will refuse to abandon. It is decidedly acceptable for a list to include, “I will continue to…” several times. Many things in life, after all, worked out fine and we should not resolve them away. So any successful list must include not only new approaches to the old failures but reliance upon tried and proven traits which keep us sane.

In the end, the attention we pay to our resolves will be the difference between making the same mistakes or making it all worthwhile. I spent thirty years teaching college, which requires not only motivational techniques, but endless resolutions on our part as professors. But now I don’t teach; not as much anyway. Luckily, I was paying attention to what I told them, and it has come time for me to apply what I preached, both as a professor and as a motivational trainer at a health club, which are dangerously similar.

But listen, Buddha said we are shaped by our thoughts; we become what we think. That is not on any list. No, it is an approach which makes resolutions redundant. And the real key comes of course from Confucius: “It does not matter how slowly you go as long as you do not stop.”

No wasting time
No more smoking or chewing
Bath every other day
Read one improving book or magazine per week
Save $5.00 [crossed out] $3.00 per week
Be better to parents

Yeah, Jay’s list is as good as any I’ve ever seen.

It just shows you.

No wasting time. Chew on that a moment.