Rwandan Tutsis. The Lost Boys of Sudan. Steven Biko. Pol Pot and Bosnia. Treyvon Martin. George Floyd. I shared time with these people; I stood witness to these events. These saints and sinners brushed my sleeve simply by sharing the earth during my tenure. We have a loose connection to miracles and massacres and we remain merely guests.

An old dilapidated house near my home dates to the seventeen hundreds. It sits in the middle of what was once a slave plantation. Just across the land long ago gone were the slave quarters. Today the house is covered by vines and trees; some dying themselves after a century of life. Generations of neighbors have come and gone, and generations of foliage and storms and crops have come and gone and what’s left of the house crumbles into the earth.

Some say let it crumble; some say tear it down and build a new place on the land and give it to the slaves’ descendants, many of whom still live on the same road; oppressed people either don’t move very far or never come back. Today not far from this parcel, in whose soil most certainly are the bones of stolen men and women, a battle ensues for the removal (or not) of statues of Confederate figures, many of the monuments created almost a century after the end of the Civil War. We share the earth with people who wish to defend their actions, insist on overlooking that part of their persona. I ask them, in all honesty, when they honor the man who chained up and repeatedly raped their great grandmother, where would they like them to erect the statue?

When I walk past I am painfully aware I shared this space, separated only by time, with people who whipped men and women, others who were whipped and shackled. This isn’t a movie; it isn’t even history when you stand on the muddy lane at the end of the path and look toward the once-was porch and picture a fine-dressed overseer ordering humans to commit inhumane acts. This is where I live. We live. My friends freezing up in Buffalo and my family in Seattle all live here too; just beyond reach, a little out of time.

This world has some serious issues; always has. It is at best, though, a hotel, and every once in awhile I take a look at the register to remind myself who else stayed here. Alexander the Great, Charlemagne, Mohammed, Ivan the Terrible, Ghengas Khan, all guests just over the slope of the horizon, just beyond some small slice of linear time. On the same human trajectory as mine but before, is Geronimo, Moses, Jesus, Christ think about the gentle bend of time, the careening swerve of place that separates me from the Disciples, the Visigoths, the founding fathers. All here but just before.

Closer to now, when I look between those two rays shooting off toward my birth and my death, I can see the souls who at one time or another shared with me this spinning blue wad. Not short of miraculous, we claim the same particles of stardust, and that’s what keeps me looking around when I walk down some city street; I want to know who on earth is with me.

With me. Not so much, I suppose. There are very few it seems with each other anymore. But for hope, we are among monsters. But for hope.

And that hope lies in our compatriots. My swift life falls on the same graph as Richard Wright and Ernest Hemingway. And when that shack in the woods around the corner from my home was still in its prime, the walls still absorbing the shrieks of rape, the cries of bleeding men, Grandma Moses was a toddler. Grandma Moses, who painted her last work about the time I learned to swim. I was alive when someone was alive who was alive during the Civil War. No, this isn’t history.

Carl Jung lectured during my youth, and Ty Cobb watched the same Mets players as me. When I was still cutting new teeth and outgrowing my Keds, I could have headed downtown with my Dad and possibly been on the same train as William Faulkner, ee cummings or Marilyn Monroe. I might have passed them on the street, maybe stood in line at some drug store counter with my mom and behind us because of the blending of circumstance might have been Sylvia Plath or Sam Cooke; Nat King Cole; Otis Redding. We have overlapping lives. On a Venn Diagram, we share the shaded space.

If my family had gone for a drive the summer I turned eight and stopped to get a room in Memphis instead of the Poconos, we would have heard the shot that killed King. And in ’63, I was the same age, same small height as John-John and could have stood next to him, shoulder to shoulder, to salute his father’s coffin.

Judy Garland and I watched the New York Jets in Super Bowl Three. When I was born World War One vets weren’t yet senior citizens and World War Two Vets were in their thirties. Vietnam isn’t history to me; it is my childhood, my early teens. The fall of Saigon was announced over the loud speakers at my high school.

There are empty fields save monuments and markers where soldiers died defending this land against the British, against ourselves, and they stood where I stand and watched the hazy sun rise. Same sun; same beach, same blessed Commonwealth. Don’t mistake history for “back then.” Those people just happened to check out before us. It could have been us. It is us now and it must make us wonder how we will handle this history of our posterity. It won’t be long before our lives overlap with the crying call of a newborn Einstein. Did you see that boy running at the park? That girl climbing the tree at her home? Did I just pass by some senator, some Cicero or Socrates, some St Augustine?

I find it a crime we are not incessantly aware we were preceded by the likes of ancient civilizations, but also by evil. For God’s sake, Eichmann and I had common time, Hitler was my grandfather’s age, so was Stalin.  But so was Isak Dineson and Winston Churchill. My grandfather lived into my youth, yet was born before flight, about the time of the first Ford, before radio, and before long, some sweet woman and man will find each other softly adding to who comes next.

I like knowing the people I know now, these brothers and sisters, whose overlapping lives linger just within my time frame; we share the same air, watch the same news, share the same hope. In some divine book somewhere, these people and I are on the same page. My parents, my siblings, my children, my God what grace to have shared this passage from cradle to grave. 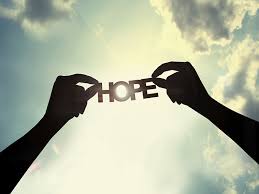 One thought on “Once and When”