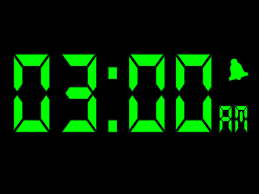 A deer walked along the road about fifty paces in front of me for about five minutes. He walked on the grass and glanced back a few times. Probably out of nervousness but I like to think it was to make sure I was still following him. I do that sometimes, pretend old friends who are gone now are still looking back to make sure I’m still here, still following.

My son and I talked across a fence to my mother. This is life for us since March when she was still eighty-six and probably until she’s eighty-eight; hopefully not. We laughed a lot and I wondered if she still writes the days we will visit on her calendar on her table. I used to update it with her once a week. I haven’t seen her calendar in three months now.

One of the two colleges where I work is closing all Virginia locations and the other has so rearranged its scheduling it still doesn’t know what it’s doing so neither do I. Maybe it’s time to get the guitar out from behind the bookshelf and find a street corner. It’s how I started, after all, and with a major birthday looming a month away, it seems only fitting that I apparently need to change my tune again.

I finished writing about Siberia this past weekend. Of the fourteen chapters in the book, twelve of them have been published in fourteen different publications, nominated for four awards, and finalists in two contests. Still, it will never convey what it was like to travel in a cabin on a train for a month with my then twenty-year-old son, laughing, meeting people, sharing the journey. I was never able to find the words to do that part justice.

In the news the fires are burning. They’re burning in Minneapolis and Tennessee. There is a meme going around social media that says something to the effect of if you are more disturbed at the looting than you are the murder of a black man by a white officer than you’ve got to get your priorities straight. That pissed me off. I hate the simplicity of it, the feeble-minded either/or nonsense of it. It hurts me in the stomach to think about that man on Mr. Floyd’s neck. It makes me sick. And—and—it makes me sad and simply ill that so many businesses, many owned by Black Americans, were burned to the ground. I have room in my despair for both tragedies. This doesn’t mean I find them equally tragic. I do find it tragic, however, that people think others can’t be mad at more than one thing, cry over more than one thing.

I wake up at three am almost every night now. I think about what’s next; I think about borders and baseball games and crowded pubs laughing with friends over oysters. I know it’s coming back; of course. It’s just that now would be good. I think about hikes again out west, about sailing again but not sinking this time, about finally seeing London.

I saved three turtles the other day on the road out front. They tried to cross from the marsh to the woods; to visit friends I suppose. I helped them across before a neighbor’s tractor might accidentally run them over.

We saw an osprey building a nest.

And a small green heron.

In the past two months Michael and I have discovered a bunch of state parks along the waterways and we’ve been exploring them all. There is no oppression out there, no concern about what’s next, no judgments or deadlines or closings or small empty boxes on a calendar that remain empty, no plans jotted down, no lunch dates, no travel dates. In the wilderness areas we have walked there are no roads and the turtles all sun themselves on logs in the swamps. There is no stress out there. There are no ghosts looking back.

This past weekend I started writing letters to everyone I love and putting them in a very safe but obvious place in case I die of Covid 19 or a rabid turtle bite. They are all different because everyone I know is different. Even I’m different. I wish I had written myself a letter when I was twenty-five and put it in a safe but obvious place to read later, to better recognize the failures I swore I thought I managed to avoid.

In less than a month I’ll be sixty. So I’ll be eighty in the same amount of time it has taken to get to now from the millennium and, honestly, that doesn’t seem so long ago.  I need to stop doing the math on that.

The last thing I did last weekend was make a list of the things I absolutely wish I had done differently in my life. It had three items on it. Still, we can only move forward so I threw it out and decided not to go back there. Sometimes you need to be on that last thread, too tired to reach out to anyone, before you find your strength. So I threw it out.

But you can’t unring the bell. I’m still awake. I thought my writing would put me right back to sleep. No. I’m going out to save some turtles. 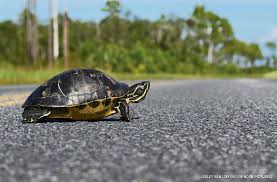