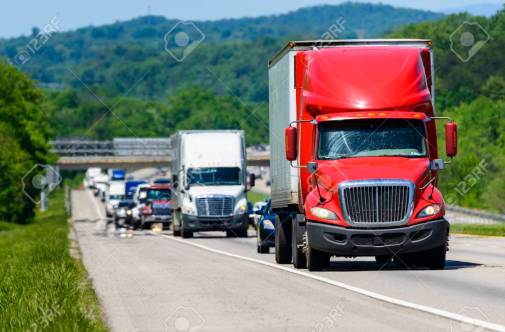 You know the routine: Someone says to you, “Hey I’m thinking of buying an Outback,” or they casually say, “I’ve seen more bluebirds than I used to,” and for the next several days you notice way more Outbacks or bluebirds. In college the practical joke would be to tell someone to “watch out for red trucks.” Of course, they’d suddenly be aware of them and so see them more.

It’s called “the Frequency Illusion,” also called the Baadar-Meinhoff phenomenon. It is what distracts us; but it is also what helps us focus. If you know you’re going to look for a new coat, you are hyperaware of others’ coats. If you are trying to lose weight, you are hyperaware of Dunkin Donut shops everywhere. Tragic. The point is, once we become aware of an idea, usually the first time or at the very least when the idea is brought on with some sort of urgency, we find it in the cracks of our lives where it most likely has always been lingering, it’s just that we haven’t.

I’m going to Ireland in two weeks, and don’t you know that for the past month I’ve noticed All Things Irish. Shops, songs, foods, teas, books, everything. I’m certain the world didn’t suddenly drop Ireland onto the map now that I’m going, but that is what it feels like for all of us subject to this psychological saturation.

Someone said to me she was more aware of her constant use of the phone when there exists a significant gap between the percentage of time using it compared to the amount of work getting done. After reading an essay I wrote about cell phone distraction, she more often sees the numbers of people with their head’s down, not communicating with life around them, not even noticing the life around them. I’m glad I had a small part in that.

So I have an idea I’m trying out. Each morning I’m going to list five or six things to look for that will make my day better. “Look out for children playing,” I might include. Or “There are going to be a lot more nice people out there today.”

The colors of spring are more abundant this year.

I’ve noticed getting stuck at a red light really doesn’t slow me down all that much.

I can’t believe how many nice people I encounter in one day.

It might not work, but not doing it at all isn’t working either. I’m aware, always, of the nature around me, even when in the city, and I notice the numbers of people who pass through parks deeply engrossed in the stresses of somewhere else. I bet if someone had said to them, “Have you noticed how tall the trees are getting in the park?” their day would have been different. Even if ever so slightly.

I noticed in the last year something grounding in my life; I have a better chance of changing the course of my day than I do the course of my life. And, of course, doing so in the end changes my life.

So, be sure to look out for sunsets; they’ve been more brilliant lately.

(and look out for red trucks…I won’t say why, just…you know…look out)