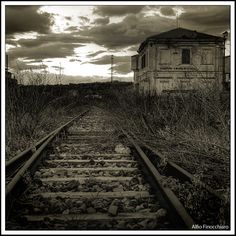 (the following is an excerpt from the manuscript about Siberia; part of this except is adapted from a previous work of mine which ran in Kestrel and went on to an anthology. The rest is new, but all of it is an abbreviated form of one of the chapters I want to share today, Father’s Day)

Before we boarded the train in St. Petersburg, we waited at the station for several hours. I wanted to get there early so I could painstakingly decipher the Cyrillic letters and figure out where the hell we were supposed to go. That didn’t take nearly so long since our next stop was Yekaterinburg, a few days ride, which on the boards doesn’t look much different than had it been in English. So Michael got something to eat and I stood watching what appeared to be a father and son, about your age and mine, sitting on a bench talking.

I guess they were deciding what to eat. There are many father/son combos here, Dad, and they all seem to be eating or about to. I couldn’t understand them so I simply did what we all do when we see a familiar scene: I remembered.

I miss meeting you at the mall. We always sat on a bench near the food court you always asked if I wanted something to eat. Always in your marvelous deep voice you would ask, “Would you like to get something to eat?”

The conversation was always the same:

“No thanks, Dad, I’m good. Unless you want something.”

“No, I’m fine. I had lunch with your mother and I’m sure we will eat soon after I get home.” It was always about two or three in the afternoon.

“You sure? Some fries or something?”

“No, but go ahead. You have to teach so you’ll be hungry.”

“No, Dad I’m fine, really.” Then I’d change the subject to the places in the food court and which were my favorites, and you always agreed. We have the same taste. Or you would add how much you like the chicken sandwich at one spot.

That routine of you asking if I wanted something to eat started when one time we sat on the bench and I actually did want something to eat, so after that you always asked. If I did occasionally buy something I always got fries with it whether I wanted any or not. Did you know that? I did because it was the one food you would share. You would lean forward and say, “Maybe I’ll just have one of your fries,” and laugh and take one gracefully. I was always glad when you did. I always hoped you would.

The food court here is small, in fact the entire station is not that large but is busy. There’s a soccer game on the televisions, and so naturally I’m thinking of you and our walks at the mall and the baseball games. I love how even when it was empty Dad, you didn’t want to take a table from someone who perhaps might wish to sit and eat. The one exception is when the television at the information booth in the court showed a baseball game; then we would sit at the table near there and watch for a short while. In fact, during the summer it was the first place I would check when I came in the mall looking for you between my day job and my night job. When it was a Mets game on television we wouldn’t walk at all but instead sit for a bit and watch the game and share some fries. I liked those days. When I think of us watching the game at the mall it helps me forget how much we slow down, walk more slowly, with more purpose.  When the Mets won, however, we both felt young and the walk back through the mall to your car was swift and light.  I was sad when the Mets lost but not because of the game.

Michael sat down with me and is looking through the only guidebook available in English about the Trans-Siberian Railway by Bryn Thomas. I wonder if people notice this father and son from another world working their way across the continent, and I’m still watching the father and son across the platform since they got up to walk a bit, and I’m concerned for the old man. He doesn’t look steady, Dad, and he has no cane and his son is ten feet ahead of him. Poor guy. I’m going to teach Michael how to walk with me when I’m your age. Maybe I should go over to this old man’s son and explain to him what I learned through years of practice when I would “accidentally” run into you at the mall between my jobs. I’ll bring Michael with me so he can hear and know what to do thirty-five years from now.

Sir, first of all, he’s walking, you’re joining him. Don’t stop if he doesn’t. Don’t keep walking if he doesn’t. You are a shadow, an imitation only.

People should know how to walk with an older man.

Stand on his side where he can better hear you. If he can’t, repeat yourself as if for the first time, no matter how many times. Never say “never mind.” When he tells you something, you have never heard that story before, even if you can repeat it word for word. When he tells you about the baseball games with his Dad seventy years earlier, they are new stories, and your response must sound genuine. When he tells you about the time he went swimming at camp with his friends, and how when they went to retrieve their clothes from under a boat they found a snake, be amazed again, ask what happened. Laugh again since he will laugh.

When he pauses in front of a store, don’t question it. At that moment, allow that his sole purpose in pausing is to look at whatever item is in that display. He might mention how he used to own that tool, those pants. Let him know you remember; do not make a big deal that he remembered. He needs you to know he didn’t stop “to rest”—he stopped to look at the display.  Talk about his grandchildren. Talk about the rain. Do not talk about old times. There’s no need to recall the time he drove you to the airport for a flight to college, and you saw him hours later waving to you on-board the plane. Avoid bringing up the time just the two of you spent the day at an amusement park when you were a child. Instead, ask about the game and if he happened to catch it last week. You know he did. Let him tell you about it.

When he seems tired but doesn’t want you to keep stopping, stop to fix your shoe, to read a sign; look for a bench and suggest you sit and talk. He’ll ask about your son; he’ll ask about work. Have something to say other than “fine, Dad.”

Do not look at your watch. Do not check your phone; most definitely do not check your phone. Leave both in your bag. Do not indicate in any way he is keeping you from anything. No other time is relevant anymore. But you will grow tired and restless. If he senses this, he will insist you leave. He will say he knows you have a lot going on, and he’ll say he’ll see you later, and he’ll do whatever he can to make you feel he is completely fine with it. Stay anyway. Then sit a bit longer. Do not ask about the doctors; the walk is to forget about the doctors. Do not quiz him on medicine or schedules. He is out for a walk, you joined him, it is something about which he will tell others—that he went for a walk and his son was there and joined him. Do not let his story end with “but he had to go.”

When you leave be near him as he steps from the curb, but do not help. He will be fragile and unstable. The step from curb to parking lot is a leap; he used to do it with you on his shoulders and two others running out front. Let him step down on his own but be ready. He bruises easily and a simple scrape is a trip to the doctor. Have the patience he had when your childhood curbs seemed like the Ural Mountains.

Don’t say “I guess I’d better get going.” Don’t make plans. Don’t make any comment to indicate he did well or that it was a “good walk.” He didn’t do well and it wasn’t a good walk. He’s older now. He’s slower now, but he knows this. Really, once the walk is done, the time spent together always seems to have passed faster than we recall. He knows this as well.

The man my age is now too far out front. I’m not sure if his English is good enough, but I still think he’ll understand. Fathers and sons have a universal understanding, and this railway is all about fathers and sons. Mine is right next to me now. And he reminds me so much of you, making you ever-present. 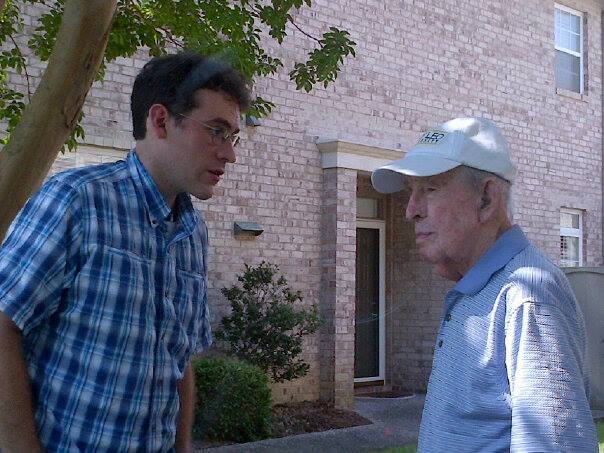