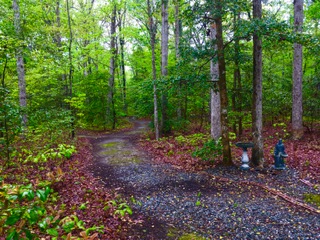 The goal has always been the river. Walk along the property trails to the driveway, follow that to the road, turn left and go down the hill past the farm to the river. Twenty-four years of this. The Rappahannock River, or “the Rap,” or “the rivah,” runs from up well past Fredericksburg past the Tappahanock/Warsaw area at the upper Rap bridge, then running past the historic oyster village of Urbanna, winding wider under the lower Rappahannock Bridge near here, where it clears a mile and a half wide from Topping to White Stone, and finally out to the Chesapeake Bay with Windmill Point on the tip of the Northern Neck and Deltaville on the tip of this peninsula on the river’s south shore.

Where I stand, or walk, or stroll the sand up along Ransone’s farm and back down to the end of Mill Creek, is just a stone’s throw from the river’s mouth. Sometimes small dolphin swim out here, often stingrays, and occasionally loggerheads can be seen just below the surface, one once on the sand. The brackish water from the west collides with the slightly saltier bay water here and to the east, and wildlife converge from both habitats. Eagles are in abundance in winter, osprey in summer, heron all year long, hawks and an occasional kestrel too.

At the river, as well, I can look across the Bay and with my camera lens or binoculars make out the cargo and container ships heading up to Baltimore or south to Portsmouth, or out to sea at the mouth of the Bay in Virginia Beach seventy nautical miles away. Sometimes at night when SpaceX launches from Wallops Island just across the bay on the other side of that ultrathin portion of the Delmarva Peninsula, we can stand here and watch the rocket’s red flames push it up and just slightly southeast until the flames are gone. Then we walk home thinking about this human-made mass of metal filled with food or supplies we just watched kick out of the atmosphere to dock with a floating office complex in space. Crazy, what we see from the beach.

That’s the river, the daily destination for sunrises, or, more likely, sunsets, part of the routine for my son and me for many, many years. So it is easy to think in terms of  “being at the river.”

But lately I’ve learned how to slow it down, pay attention to the path and what we pass along the way. The property itself is flooded with laurel and holly and dogwoods. This time of year the leaves have not fully grown so the dark trunks cut through the view and the mix of green and tan and yellow and brown bring the sky to life, and dark blue breaks all of it as the sweeping foundation on the canvas whenever I look into the top branches.

Here, piliated and downy woodpeckers, robins, titmice, mockingbirds, baby osprey and more move about the woods from feeder to bath to branches, often to the porch rail where some squirrel eats part of an apple or black walnut, neither minding the other, neither minding me. If I sit very still, hummingbirds will hover by, the beat of their wings filling the air with a buzz. Once I wore a red shirt and sat on a chair near the feeder and one hummed just inches, really, just inches from my chest.

There is so much to know along the way I wonder sometimes how much I miss on my way somewhere else. This happens as well when I drive. How many times have I headed to Florida or western New York and passed state parks, streams running along state highways, small farm stands with produce and people to talk to, to remember, to perhaps see again someday?  On just a short drive from here to the point I pass such colors and such deeply rooted history from docks to boathouses to the tragic presence of early 18th century quarters I wonder how much I miss I am not even aware of.

Maybe I don’t want to know. Perhaps with the weight of time on my shoulders I prefer to just see what I already know, spend time with those I already know, and let it all be. But the newness of an old path makes contemporary things ancient and eternal. Like hearing from a good friend who just says hi, thinking of you, or remembering when, or planning ahead, the things we pass sometimes are what we are really headed toward to begin with. The journey is internal, and there are rivers in me I’ve yet to explore, paths and wildlife and fears and insecurities I’ve yet to unearth and care for. I wonder sometimes if depression is the result of trying to reach some destination and not, when I should be better at exploring the space between now and then.

Here’s an obvious reality: We’re all headed toward the end of the end, but we know it is each moment along the way we are here for. It isn’t different in nature, nor in human nature. We are, we love, we miss, we long, we hope, we remember, we try and remember, we are reminded, we can’t recall, and eventually we stand, at some point, at the river, looking out across the reach, and it all seems so brand new. 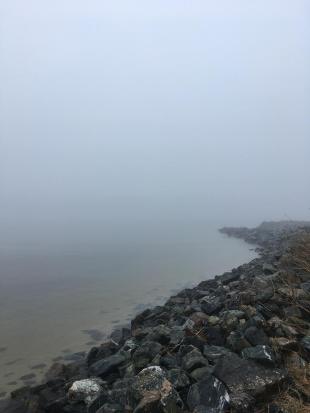