I was always good at math. I can still glance at a long sheet of numbers, say for Yahtzee or Scrabble, and nearly instantly tell you their sum. Counselors in school said I should consider accounting. Perhaps they were right; the problem is having a knack for calculating and solving problems doesn’t translate to the ability to handle finances. Trust me.

Life, it seems, is best seen more as ironic than literal.

The sciences were out nearly immediately. It wasn’t from lack of interest; no, in fact this very blog is the result of my deep appreciation and interest in nature, the origins of trees and the mystical solidity of space. It’s just I couldn’t hold all that information, the formulas and all. Needless to say, the sciences and me simply never had good chemistry. Four years after my brother nailed his eighth-grade science course (he would later become an actual Scientist—note the capital “S”, as a geologist), I had the same teacher at that Long Island school. He called roll that first day and got to my name. “Robert, are you Fred’s brother?” “Yes,” I replied. “Well then,” he said, “I’ll expect great things from you.” “Don’t” I answered, and he laughed.

Yes, that I could do—I could always make people laugh. Teaching afforded me that opportunity—fifteen shows weekly, register in the administration building—seating is limited. But I could never tell jokes; I was and am more of a situationally humorous person. No one pays to see that.

It’s hard figuring out what you want to be when you grow up, especially if you’re already grown. Ironically, you’d think the vantage of age and experience would make the decision easier. In retrospect, I would have been just fine at several passions had I pursued them with the vigor and confidence of successful people. I was simply always distracted by one underlying drive: I wanted to see the world, to explore and wander and experience, and that’s difficult to do sitting still. The one dominating component of whatever mental mechanism drives us to such things kept whispering, I have to go I just have to go, I can’t explain it. I know why this is true. I understand the one or two people who had such impactful influence on my vulnerable, teenage mind. But it isn’t a career, per se. There are peripheral occupations, of course: Travel industry, military, or a job where you have enough money and time to take the time to spend the money on fulfilling that desire.

Teaching then, like education itself, served more as a means to an end then a goal or objective. Along the way I think I became good at it, sure. I still love working with students’ writing and at this very minute am waiting for some to show up in my office so I can help them finish a paper about, yes—what they want to do with their chosen major and their lives. We are really enjoying this internal exploration, so much so that I am doing it with them, analyzing what I want to do with my life.

In essence, this is a rough draft of a college paper in which I discover my entire life has felt like a rough draft in need of editing.

It helps that I’ve been staring at twenty-years-old for thirty years. It has kept me young and always thinking about what’s next instead of what was.  But even so, thinking about what was helps me now, at eight months shy of sixty, understand how I got here. Growing up I spent most of my time in nature. Long Island’s south shore state parks, the oceanfront, the rivers and marshes of Virginia, were my backyard, playground, friend. Maybe I should have pursued a career in forestry or become a waterman. Maybe. But that meant staying mostly in one place and that never worked for me.

So, writing this down helps me understand this about my past: I could never keep still, I preferred to be alone and outside, and I had a deeply-rooted though never completely understood need to express to others how outrageously beautiful our world is, and humanity, and love, and how that awareness is made more acute by the inescapable passing of time.

I couldn’t find that Major listed in the college catalog. Philosophy, perhaps, but that’s difficult to find in the want ads. The closest I can come is the arts. My friends Mikel Wintermantel and Cole Young captured on canvas what I’m talking about; and the long list of writers I know and respect often do the same, especially the poets. Writing, of course, seems most obvious for me since I like to do it and have had excellent mentors. But people don’t support the arts enough to sustain you unless you write about horror, fantasy, or sex. Maybe mystery, but I suck at making things up.

What do I want to do with my life? When I was a kid, I wanted to be a baseball player in summer and then spend winters in Florida being an ice cream man. Not only am I not kidding about that, it still sounds like the best plan. I liked Mr. Softy’s twist cones and Good Humor fudgsicles the best. I’d probably feature those on the side of my truck. The plan fell apart, however, when I didn’t make the baseball team due to my lack of ability to, well, play baseball. Tennis was my sport, but I got distracted. It was either practice tennis or ride my bike all day long and the latter felt more like I was getting somewhere. Then came my passion for Space which coincided, not coincidentally, with the late-sixties, early seventies NASA domination of our imaginations. But, you know, science, so eighty-six that one.

A student just left. He wants to be a dental hygienist. He said he loves working with people and talking with people. I suggested it would be mostly him doing the talking but he seemed okay with that. It’s odd how with each rough draft I read I wonder how I would do in that field. Most of these freshmen and sophomores want to go into business. I was born several centuries too late, it seems. Or too early.

In retrospect, evidence seems to prove that most of us in the first world live the lives we choose to live once we accept that we are the ones ultimately making the choices, no matter how much we want to blame or accuse or thank others for the situations in which we find ourselves. We did it, for better or worse, with families and finances and luck, good or bad, we made the choices—always have and we always will. Of course, there are those who can’t pull themselves up by their own bootstraps or were born into a horrific situation from which escape into a chosen life seems—and often is—nearly impossible. Well, that just makes our ability to choose our own direction more precious, more delicate and powerful, and a choice not to be taken lightly.

As we talked about in class; it’s really just about asking ourselves the right questions. There’s a science to it, though, which may be why I was always asking the wrong questions. So I told them to write about it. I assigned their semester project early on, which was in essence to discover themselves through writing, and perhaps unearth some truths about what they want to come next. I did this same assignment for years at another college and a student once came up to me and said, “My husband had you for this class about five years ago and came home and said the lecture really struck him and he wanted to quit school, that it wasn’t what he wanted after all.” I gulped. But she then told me he started his own tiling business which is now very successful, and they’ve never been happier. That’s a good story; it ends well. There are others with different endings. Always, though, endings they ultimately wrote themselves.

Still, I like this assignment because it is personal for me and because I always knew that in the end if I kept writing about my life, that someday I’d figure out what I wanted to do with my life.

And therein lies the irony. 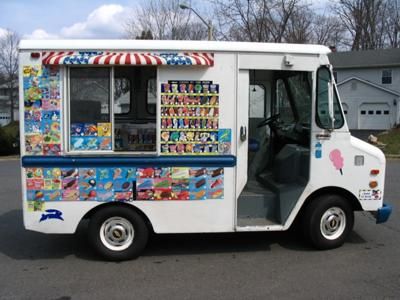 One thought on “Zero to Sixty”