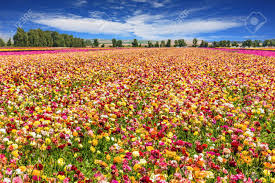 Maybe I have wanted, at times, to be undone, to retreat to the eternal before, the ethereal space of not-yet. I have wished. I have. For instance, I have wondered how a flower emerges into a field of colors and pedals and fragrance, and anyway opts to stay, be one of multitudes, unpicked, unnoticed. Or how a seedling in the brush appears, never noticed, until eventually, soon, the roots wither, ever unnoticed.

Perhaps it is the duty of the stars to shine in spite of the brighter light of other stars, which, anyway, doesn’t reach its destination for billions of years, just as its source fades. And maybe there is a natural, unavoidable imbalance, an imperfection, and the perceived harmony only works when no one questions, no one recoils into the earth, ashamed but instead, emerges, one color among millions—maybe unnoticed, certainly, but one whose absence is indeed observed and mourned.

Maybe I have wanted to be undone, which is, after all, not death, precisely. And so instead I choose, now, in my afternoon of being, to consider all my life up until this moment a pre-existence of sorts, an ante-life, if you will, like the seedling of a giant oak, which itself has not yet broken ground.

I told a friend last year when I was moving-on professionally that I had decided to reinvent myself. That is, I was at the quite unusual place of being able, with thought, to wipe the slate clean and scribble something entirely fresh; something with not even the thinnest filament reaching back to the previous promontory. No, no tethers, none. And he said, he who was also moving on at the same time, he said he had decided the same thing, the same.

We laughed over a table covered with metaphors we had conceived by the time dinner was complete, but like all good conversations planted in hope and watered with Cabernet, we brought it back to reality: I can, I said, and in that case I knew I was using Whitman’s I, the universal I, since he was also thinking, “I”, I can, I said, fulfill that laughable rant we lay on young people: I wish I was your age and knew the things I know now. Well, I said, and then we said together, “We are that age again, and we know what we know.” Maybe not the same age chronologically, but certainly in spirit.

And I left the restaurant and walked in the clear air to my car.

I have known people—kind, deeply kind and beautiful people—who chose to be undone but did not understand it cannot happen physically, only in spirit, though not spiritually, but, instead, in spirit. I wish they understood that once something is done, it cannot be undone, but if it is understood and embraced with honesty, can be done again, but differently, and, as Maya Angelou made clear, with hope.

I would like to think again in terms of “new,” “fresh,” “beginner.” I would love to, again, be frightened at the unknown, embarrass myself, expose my naivete. I would handle rejection better, not take it so personally; I would handle success better, not take it so personally, and all of the other “If I had the chance to live my life over again” cataloging we do in our minds, I will do them, and then they will be done.

If I had my life to live over again,
I’d dare to make more mistakes next time.
I’d relax.
I’d limber up.
I’d be sillier than I’ve been this trip.
I would take fewer things seriously.
I would take more chances,
I would eat more ice cream and less beans.

I would, perhaps, have more actual troubles but fewer imaginary ones.
you see, I’m one of those people who was sensible and sane,
hour after hour,
day after day.

Oh, I’ve had my moments.
If I had to do it over again,
I’d have more of them.
In fact, I’d try to have nothing else- just moments,
one after another, instead of living so many years ahead of each day.

I’ve been one of those persons who never goes anywhere without a thermometer, a hot-water bottle, a raincoat, and a parachute.
If I could do it again, I would travel lighter than I have.

If I had to live my life over,
I would start barefoot earlier in the spring
and stay that way later in the fall.
I would go to more dances,
I would ride more merry-go-rounds,
I would pick more daisies. 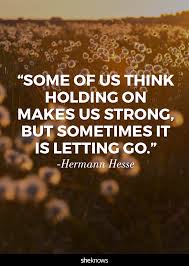