And please stop posting memes exclaiming the same. Yes, he is one, yes, he deserves a good pummeling of negative rhetoric, and yes, we have moved well past the point of complacency and inaction with his misguided policies and inept tactics. But when I read about representatives on the floor of congress acting, well, very much like Donald Trump, it discourages me. The reality of a person “deserving” to be called names is quite different than the act of actually doing so. In fact, it is NOT doing so that makes a person better than the supposed mofo. When DJT acts, talks, and behaves like the punk he is, he deserves criticism, he deserves political repercussions, he deserves shunning by those who entered government to actually govern the UNITED States and not DIVIDE them for personal satisfaction. But we only succeed by acting better than that which we despise. The Democratic Party has long claimed education as its backbone—in fact, many Trump supporters ridicule the “Eastern Elite” attitude and “Liberal Collegiate” types. Yet to practice the name-calling, profanity-laden tirades so common in the Trump camp is to demonstrate that his methods are justified, and the Democrats have finally stooped to his level. If the primary thesis of Democrats when referencing President Donald Trump is that “We are better than this,” then they must actually act it. There are far too many options available to simply resort to the same disgusting cursing, name-calling, personal attacks so common in DJT’s world. Besides, his rhetoric is too simple-minded and lazy for a thinking person to replicate.

Several new members of congress and their supporters have pointed out what they rightly call the hypocrisy so rampant in the Republican Party, from the support of mistreating immigrants in quite un-Christian ways, to the balancing act of trying to publicly keep Trump supporters in their camp while privately admitting the un-American ways which have bled across this nation. Yet hypocrisy is exactly what these new members also practice when they lower themselves to gutter-language and ignorant attacks instead of maintaining a professional stance and keeping the focus on the facts; in essence, we constituents must insist all members of Congress, not just the ones we disagree with, act in a manner which is worthy of the Senate and the House of Representatives in a building once occupied by the greatest minds and leaders in this country’s history.

If they don’t support DJT, they need to stop talking like him, stop lashing out like he does, stop mouthing off like a bully as he does—even if they believe DJT and his cronies deserve it. In doing so, they violate so many basic argumentative fallacies and modes of civic behavior it’s going to be difficult to tell the difference between elected officials deserving of our support and the ignorant, self-serving narcissists who hijacked our nation. 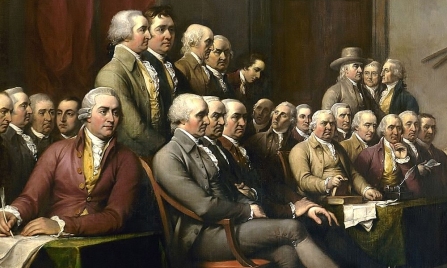 Now back to my regularly scheduled View from Nature. Thank you.