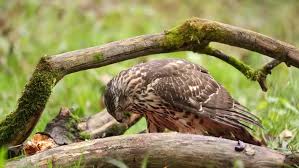 In Isak Dinesen’s story “Wings,” she and Denys Finch-Hatton come upon a dead giraffe, shot and abandoned by poachers. Two lions are feeding upon the carcass, and they’re the same two which have been terrorizing villagers, so they decide to go out one night and kill the lions. They do. It’s tight writing and exciting narrative with just enough philosophical digression to make the piece not solely about 1920 Kenya.

Last night I thought about them out there, nothing but a gas light and one long gun, facing down two not-so-hungry-anymore lions. I came across a turtle trying to make it across the road before some wild car came by; and a great blue heron on top of a tree, sitting up nervously as we went by. He stayed; we aren’t that threatening.

While I live in what in some quarters can be considered wilderness, I don’t live in the wild. Even domestic preserves like Myakka in Florida had more dangerous wildlife than I ever saw in Africa.

I would like to blend in to the wilderness more, go unnoticed. Some deer will stand still while I walk by, ready to run, determined to stay. Dogs, cats, and even squirrels seem attracted to me, and hummingbirds have taken to zeroing in on my bloodshot eyes. But I’d like to rest along the river or at a pond while wildlife calmly go about their business. I like to observe, to note how they handle the passing of time. I like to watch the osprey glide then find their way to their nest to feed their young. It would be a pleasure to do this without them wanting to fly away. It has certainly made me more stealth.

I believe I’d be more like Karen than Denys. The man had nerves of steel, but Karen was nervous, even scared, but nonetheless enjoyed the adrenaline rush that often accompanies life. Some endeavors come at a cost, but that cost—what at the extreme can be called a Death Wish—is what Denys was doing out there to begin with. I think he just wanted to experience the very happening of life, not its passing.

It is one thing to understand we are alive, here, now, resting on the passing of time. It is an entirely separate situation to be in tune to the pulse of life, to watch its chest rise and fall, to feel the breath of life on the back of your neck.

To a certain degree I find that in nature, in my version of wilderness, which seems to be rapidly retreating from the suburbs which have spread out like a flair on a paper towel. Maybe if I didn’t head down to the city every once in a while I might not appreciate as much the vibrations of life in nature; I don’t know. In the city when I get used to the sounds and the life I can predict its next move, and this is not so interesting, almost futile. In nature, every single time that deer does not move as I walk by is a surprise. Each osprey that dives for a fish and carries it to its young in the nest is nothing short of miraculous.

And so too the Carolina wrens when they sing; and the goldfinches, or the indigo buntings.

It has become difficult to be somewhere unarguable, somewhere absent of shallow conflicts, questionable motives.