Christmas is the time of year we look for the familiar, the consistency in our lives we lean on to support all the craziness life has become. We recall stories from our youth, we talk about old times and of things to come. We share food and clean up and drink wine and laugh telling the same bad jokes and counting on the same silly family members to keep the mood light. Whoever cooked the stuffing will worry there is too much spice, and someone is going to insist you have just the last bit of wine in the bottle. The game might be on or music—at some point there will be music—and eventually everything will settle to the Norman Rockwell painting it should be. Some people will read new books, some will sit near the fire and have a drink and talk about those who have left us. The last thing everyone will say before heading off to bed is “Merry Christmas.”

It is the same in all homes though to varying degrees of comfort. Some living rooms are sparse, some will celebrate in shelters, and some under bridges somewhere praying for a warm night; the peace of Christmas is not dependent upon income or position. It is Christmas and some undercurrent of peace permeates our thoughts, our intentions. We want it to last. We are glad for what we have.

I do not understand why everyone doesn’t celebrate Christmas; I really don’t. I understand the ones who shun Easter; Easter, after all, is what makes Christianity what it is with the Resurrection as the foundation of the Faith. It is Easter, after all, that set the whole Religion in motion. So if you don’t buy into the resurrection part, well then Easter is not for you.

But Christmas is when we celebrate the Birth of Someone—Son of God, Messiah, Prophet, call Him what you will based upon your Faith, or lack thereof—who is literally the personification of peace. It is not the season to directly recognize His divinity; Christmas is decidedly about His humanity. The Man preached absolute peace, encouraged us to love our enemies and forgive them, reminded us to remember our own shortcomings, and insisted on love as the basic tenet of life. Who can possibly have a problem with that?

It seems a lot of people.

I have one friend who hates Christmas. Despises it. Absolute contempt. Though to be fair, he feels that way about everything and everyone. But this time of year he is especially hostile. I don’t know why except he believes not believing in the divine means you shouldn’t believe in the humanity. That makes no sense to me. Shouldn’t we start with humanity? Isn’t that the point to begin with? If you don’t comprehend the mystery of the resurrection, you can at least understand the life of this Rebel who stopped history in its tracks.

He cracked history in half so that even those who crucified him must be dated relative to His life. Christmas Day is a chance to remember the one Person who had perhaps the greatest effect on all of humanity.

Some don’t like the shopping, the carols, the crowds, and the commercialization of Christmastime. I never understood that either. If you don’t like the commercialization and crowds and shopping then don’t buy anything. But to put a positive spin on it all: it is the season when retailers do well enough to keep the prices down, when even the most tight-assed co-workers buy a tray of food for the luncheon, and strangers greet you with something other than disgust. It’s like a big, seasonal “time out” where everyone gets to pretend to get along. And some of those naysayers prefer to point out the hypocrisy of the season, noting the phoniness of pretending to be nice one day, saying “Merry Christmas,” and not giving you the time of day the next

Okay, but listen: if you have the choice of those around you being nasty only eleven months of the year instead of twelve, wouldn’t you take it? And since when is your peace of mind and happiness dependent upon what someone else says or does? If that is true then there is no better time to pause and contemplate the peace that is the season. That WWJD wristband so popular for a short time some years ago makes perfect sense. Here is The example of how we should act toward other people; here is The Ideal—a Birth that happened only one time in the history of ever—surely it isn’t a bad idea to take one day to recognize His time here on earth. Have you read His bio? Go ahead, Wiki Him, and then tell me His Birth isn’t worth celebrating.

My incoming seventeen-year-old freshmen will be the first group of students who were born after 911. They have known nothing but war, nothing but hostility, insecurity, terrorism, and fear. Surely now is a good time for some peace, even if ever so briefly.

How about this: make dinner and invite friends and family and tell stories of days long ago—like something out of a Norman Rockwell painting. Put some extra spice in the stuffing and make sure someone finishes off the wine. Put the game on, sit near the fire and have a drink and remember those who can’t be with us any longer. They’re missed, especially this time of year. 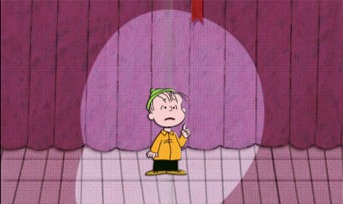 One thought on “Peace, briefly”