In Arizona thirty some odd years ago I went to a wildlife preserve called the Arizona-Sonora Desert Museum. It was wide open, with wildlife roaming as if visitors were on the Serengeti. No sense of cages anywhere; no sense of imprisonment or danger. You could stand at the edge of a field and know with complete certainty the lions were not going to cross the abyss and attack, no matter how badly they may have wanted to. Takes a little of the fun away, but at least it is safe.

I understand these type places have become not only common but standard; they are a means of protecting wildlife and helping save endangered species, as well as a means of educating us up close to the wildlife we otherwise would only see in movies; and they also displace the cramped and often unhealthy conditions which exist in some zoological parks around the country. Not all, but some are outdated and could benefit from the space that places like the Sonora Desert can provide.

No walls were needed to separate us; they figured out how to use the landscape.

I need a system like that in my classrooms.

It seems a system like that makes more sense than towering walls. Think of the applications.

But as to the natural world, I clearly remember wishing I was on the other side of the abyss. I wanted to walk around with the animals; it seemed so peaceful. I have always been drawn to animals, whether in nature, as pets, or at places like the Desert Museum. Once a friend of mine and I had a gig in Cincinnati, and we spent some time in the zoo. When we wandered through the primate caves—a tunnel system, like caves, within which were windows to watch various primates in their limited space, kind of cramped, natural habitat. At one of the windows two were having pretty aggressive sex when a group of kindergarten students came in and stood and watched. We stuck around for some of the teacher’s explanation—very informative.

On my own road which ends at a river are farms with alpacas, goats, sheep, and some horses. At one time someone even had yaks. I love the honesty and pureness of nature and animals; they simply “are.” We humans keep changing; in fact we change so much that “change” has become routine, predictable, almost expected. But in the natural world change comes in centuries, and animals’ behavior is organic and brutally honest. As Byron once wrote, “I love not man the less, but nature more.” I often feel safer in the wild among animals in their natural habitat than surrounded by humans instinctively feeling threatened in their natural habitat.

I have always preferred the other side of where I am. In college I crossed the Niagara into Canada, in Arizona, crossing into Mexico was not simply a day off but a way to wander into another culture, another existence so diametrically different from how I was raised I couldn’t help but be curious. Curiously led to immersion. Immersion led to blanket smuggling.

I have had less trouble crossing borders no matter the cost and turmoil than crossing the emotional gap between myself and other people. But once we do cross that abyss, work our way through the dangerous slopes and landslides which can keep us from trying, the landscape is welcoming and engulfing. This week in my class at the university in which we discuss the “journey” theme in writing, at about 7:45 pm I asked about their own journey, their own character flaws and trials along the way. Many of these students have served several tours in war, and others are married to someone who has. Their journeys include the horrors of war without a natural barrier to separate them from danger. After a few minutes one woman opened up about her “journey” and the unexpected turns, and then everyone else did as well and at 9:45 we still sat talking, some emotionally, about where we are, how we got here. It was humbling to sit and realize what I often thought of as “trials” on my journey pale in comparison to nearly everyone in that room.

Still, they are my trials; they are the only trials I have known and what we are made of is determined not by how we are measured against other people’s tribulations but how we handle our own. Some escape facing those difficult parts of our own narrative by running away, moving on; some have the courage and dynamic traits necessary to open up and expose the real struggle, and others still build walls.

Some isolate themselves through complete extraction from a bad situation, or avoiding any possibility of danger to begin with. It reminds me of a poster in my college dorm: it said, “A ship in the harbor is safe; but that’s not what ships were built for.”

All of the things in life worth experiencing often involve risk. Often loss. The fact is you can’t reach for new heights unless you let go of something first. And to add one additional trite example to the mix, while Frost wrote the line, “Good fences make good neighbors,” he was being ironic.

There is danger in letting down the guard, in opening up in front of strangers, in getting closer to the risks, but it is the only way to grow, the only way to understand who we are and where we go next. No journey—absolutely no journey—can possibly continue if we build walls. 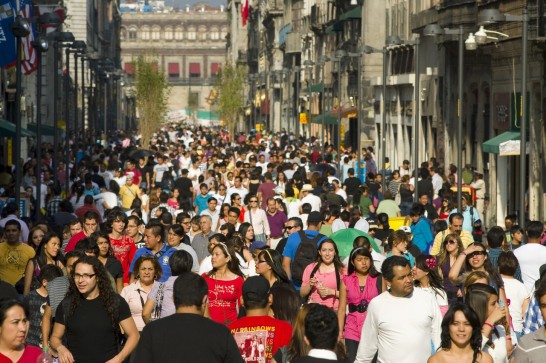