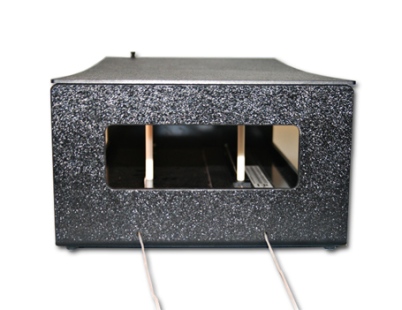 I had the chance recently to talk about art terms with a group of elementary students at a museum. When I got to perspective and perception, a few of them seemed confused. So I told them all to put their fingers up like they are pinching something. They did. Then I said to, from their position, put their pinching fingers together to try and pop my head. They all laughed and obliged. This was fun. A few made popping noises, and a few others called out, “There I did it, I popped your head, your brains are coming out of your ears now!” We laughed a lot. I slowly walked toward one young girl but told her to keep trying to pinch my head. She smiled because as I got closer she couldn’t get her fingers wide enough until I leaned into her and she put her whole hand on my head and said, “I will need some help.”

“That,” I said, “is perspective. Things that are farther away are smaller and seem less significant than things that are close by.”

They all seemed to get it, but I gave a few more examples. “Have you ever seen a school bus way down the street and thought how small it looked?” They called “yes” like a chorus. “But when it arrives at your stop it looks like a monster, doesn’t it, it is so enormous!” I emphasized again what perspective is and we walked around and looked at paintings. I knew I’d done okay when we got to “The Angel Appearing to the Shepherds,” by Thomas Cole, and a young boy pointed out that Bethlehem in the distance was too small to hold even one lamb, let along everyone else.

I once failed a test on depth perception. I took a driver’s ed class as required in high school and one of the exams was to sit about twenty feet away from a box with a small opening. Through the opening were two vertical sticks attached to strings and you sat on a chair and attempted to line the two sticks up next to each other. This was a lesson in depth perception. I was supposed to wear glasses back then but never did, so I didn’t have them on the day we took the test. I still passed my road test and got my license the first time out, but I was glad they didn’t line up telephone poles that way. What I thought were two sticks next to each other in a box was actually two sticks over a foot apart. Oops.

My father once told me how he always had excellent depth perception. In fact when he was learning to drive he took a similar test and was instructed by the teacher to show others how he did it so they could see someone get the sticks right next to each other. I believe it too. In golf his putting was always excellent, which requires a certain amount of perception. And in his days shooting hoops he could sink free throws with some ease. On the other hand, my own son’s first driving encounter was in a golf cart when he was about ten or twelve and I let him drive and he misjudged the distance to the small metal garbage can which he promptly ran over. I was glad to start him driving on grass. I knew that way he would eventually get the hang of it. The club owners had a different perspective on that.

That day playing golf was one of the finest. My son and I rode in one cart and my father and brother another. We laughed a lot and had a great time, and at one point I even let Michael chip a ball out of the sand for me, and he laid it up inches from the hole. Afterwards we went to the clubhouse and had lunch and I could see Dad was in his glory sitting at the table with his two sons and grandson. His face lit up anytime someone he knew came in and he got to introduce us, and even more so when someone came over to him, spotting him first. We all went back to Mom and Dad’s and talked about the day and about running over the garbage can and the people we met at lunch. I am sure there are pictures around somewhere from then, but I really don’t need them. I can see that day perfectly, like it just happened, like only a few days went by instead of my son being twenty-four now. Back then Michael wore a green polo shirt, a hat from that club, and his round glasses, which made him look a little like Harry Potter. My brother won the round, but he also drove a ball through someone’s bedroom window. It was quite a day.

That happens to me a lot, remembering things like they just happened. Like the time my Uncle Bob accidentally hit my Spalding ball into a lake when I was seven or so. We were all at a picnic and I waded into the water to get it. Or when I hit a homerun—the only one of my little league career—to win a gamble with my father to get ice cream every day for a week. I can still see him standing next to third base with the other coach laughing. I was wearing a maroon “Wildcats” t-shirt.

Or when my mother drove me to get my first pair of glasses and the ground looked all funky when walking back to the car, but it also looked so clear as if I saw the small pebbles in the tar for the first time. There is an advantage in clarity, as it turns out.

These days, my eyes are not what they used to be. I wear glasses when I drive or watch television, and lately I use reading glasses to grade papers, though not to read online work like my own essays, which might explain some rejections. In any case, while my distance eyesight has improved, my ability to see clearly things right in front of me has diminished somewhat. There are some advantages, however; most work by Matisse at the museum, for instance, is much more enjoyable.

I don’t mind so much that I sometimes lack enough perspective to understand just how far away some things are. I don’t always need life to be in order, all lined up at the proper length. Sometimes I prefer to perceive things in my own way; I like mixing it up a bit, taking a good hard look at something that is supposed to be far away but see it as if it is right here, laid out in front of me as if I can touch it, hug it. I don’t mind at all. It just means wiping my eyes from time to time. 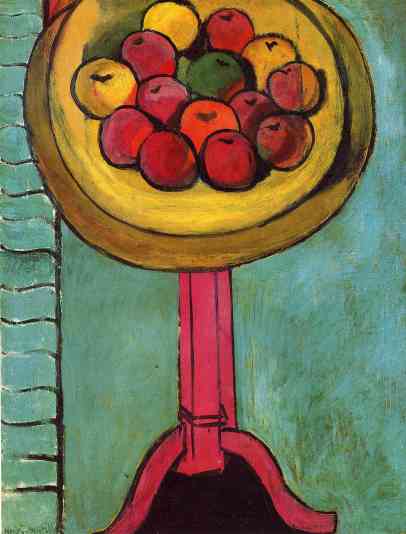