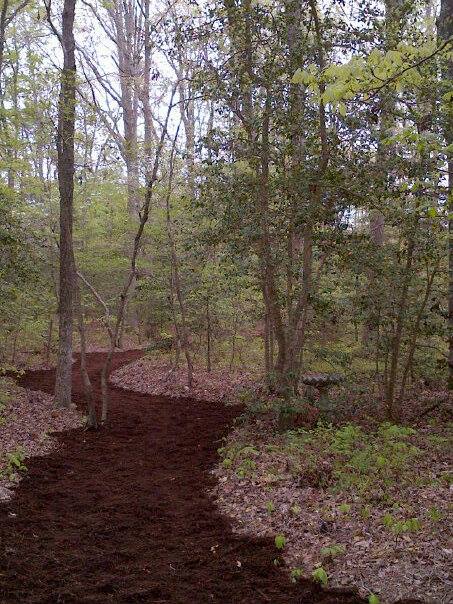 Of course sometimes I wonder if what I’m doing is what I should be doing; I mean in the big picture. Who doesn’t? Here I am ages and ages hence and occasionally I think back with a sigh and briefly consider whether or not the “other path” really would have been just as fair. Honestly, we spend the better part of three or four decades almost entirely in one profession before we retire. I can’t possibly be the only person busting down the path full speed who would love to return from the dead five or six more times to live out all the careers I dreamed about. I’d come back as a musician for certain. Then maybe open soup kitchens everywhere. After that I’d do a spin as an architect; maybe one round as an athlete. Cooking would be cool.

Back at the start just before I graduated from Penn State while working at a bar, my brother sent me a job-listing for adjunct professors at the community college in Virginia Beach. My brand new graduate degree qualified me for English, humanities and art, so I sent my application. Still, I had already secured a position teaching journalism in the Chesapeake high schools. A few weeks earlier I had interviewed there and got the job. They just hadn’t figured out which of the schools would be mine.

When I went that August to claim my position, human resources informed me they lost my paperwork and hired someone else. After some brief words with the director which pretty much insured that they never again would consider hiring me, I drove toward our beach apartment, but a traffic jam on the interstate sent me through back roads. Just as I worked my way to the southern part of the city, my car rattled and coughed so I pulled into the first safe area I could find, and my car promptly died—in the community college parking lot.

This is pre cell phone so I walked toward a building to make a call. It was just before fall semester and few offices were staffed, but I found one with a phone and a lovely woman named Eleanor and her boss, Bill. AAA put me on hold, of course, and while I waited Bill walked from his small office to Eleanor’s desk and said in his distinct southern accent, “Eleanor! We still need someone to teach humanities on Wednesday nights!”

I had planned to get the car working and go see a friend of mine who owned a hotel on the beach and ask to work with him again. Instead, I lowered the mouthpiece and said, “I can do that.”

Eleanor explained my car situation. I added the master’s in humanities part and that I had sent an application a few months earlier on my brother’s advice. Bill asked me to come in his office when I was off the phone. I hung up. AAA could wait.

Within a week I had five courses to teach. Two years later they hired me full time. Almost three decades later I work in the same building, teaching the same courses, still staring at rooms filled with twenty-year-old people. My world has not aged, though I have. It is an odd existence to stare at twenty-one for twenty-six years. Earlier this week I taught Robert Frost’s “The Road Not Taken,” and today I wondered what I would have done if they didn’t need someone on Wednesday nights. Or if my car hadn’t broken down, or if they hired me to teach Journalism in Chesapeake, or if my brother hadn’t sent the ad and I hadn’t sent in my application.

So it’s my brother’s fault that I teach college. “Either/or” decisions fill our lives like trodden leaves. We constantly move forward constantly leaving “unknowns” behind, constantly believing we can “go back” and give it a go someday, and constantly delude ourselves.

I was going to be an astronaut, but I was ten at the time. Then an architect; a race car driver; a tennis pro; a musician; a hotel owner; and the list goes on. A cook, a left fielder, an ice cream man, a pilot, a performer. I am not attention deficit; I am restless. But none of those dreams pursued me with the passion that a true vocation demands. In the end, traveling the world was the only occupation that rattled my soul, but the counselors had no idea what to tell me. “You can be a travel agent,” one of them said when I was a senior in high school. “I want to travel, not send other people,” I told her sarcastically. Based upon her advice of where I should go next, she would have made a lousy travel agent.

So traveling it would be and since I liked to write, I figured majoring in journalism might afford me the opportunities to be on the go, albeit most likely war zones. “How are you going to pay for this?” a friend in college asked when I stared at maps. I told him I would find “a good paying job that gives me a lot of time off.” We laughed a while, and I graduated, and followed a series of bizarre jobs from blanket smuggling to health club management, all with the primary goal of making enough money to quit and move. Throughout my twenties I always felt like I was “just a day a way from where I ought to be,” as Jackson Browne claimed.

Then my car broke down, and now I owe my brother a boatload of thanks; teaching college has allowed me time off to travel more than I ever could have imagined. It all worked out. That’s what we say, isn’t it: “It all worked out” or “It’s fate” or “Everything turned out the way it was supposed to” or my favorite, “It is all in God’s plan.”

Back to the two diverting roads in the yellow wood: What might have happened if I didn’t throw a dart at a map senior year and hit Tucson? What if it had hit New York? What if the crazy red-headed exercise freak didn’t like me? What if I had just gone to Monterey? What if I hadn’t gone to Pennsylvania to begin with and instead tended bar in Peter Trimbacher’s 800-year-old castle in Austria? What if we had never left New York? I obviously could go on, as we all can, splitting hairs and making ourselves feel better by reminding ourselves “It is for the best” and “How grand everything turned out” and “I wouldn’t have it any other way.”

Ha. I would, of course. There are certain particulars I’d totally change. You know who you are.

I like to think the Almighty allowed us to make a few choices of our own, like what to do with our lives. So a few weeks ago I traveled to a cabin in the mountains of western New York to think about it all. I met some friends there, we drank some wine, and I hiked around the snowy trails filled with diverting paths. A few days to get some perspective seemed a good idea. And here’s what I figured out; if tomorrow I had to tend bar again I’d be okay with that. My psyche bends that way most of the time anyway. Sure, sometimes I think to myself, Wow! I’m a freaking college professor; the second most respected profession on the planet behind doctors. But I quickly remind myself that is my career only because of a bad alternator. What if I had learned how to fix cars? See how things turn on a dime? What would life have been like if I had driven past the college, or straddled a chair in front of twenty high school journalism students. I think we have a habit of backing into opportunity, despite the desire and ability to “choose” our destiny. Kids have conversations with counselors about their future, which is chosen more often than not based upon what major might lead them toward the most likely employment or the highest paycheck. Sure, someone might ask them to define their “passion” before choosing a major, but why? Most teenagers haven’t yet stumbled upon their passion, or if they have it is for something that isn’t taught in college.

Traveling was the one occupation that occupied my long-range forecasts from my adolescence to adulthood. I wanted to see the world and write about it and explore and connect to civilizations outside the confines of our small town. Sometimes we get lucky and bend our careers around our lives instead of adjusting our souls to accommodate a career.

Is it possible my brother knew that if I got the job I’d see the world? It is more likely no matter what livelihood I stumbled into I would have figured out how to manipulate some frequent flier miles out of it.